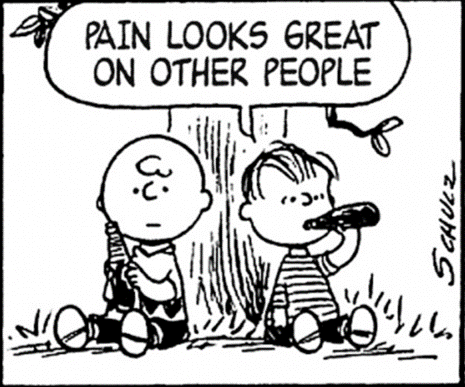 ¨Darkness, darkness, hide my yearning, For the things I cannot see

Keep my mind from constant turning. To the things I cannot be¨

The monetary hyper-laxism of the G7 countries since the outbreak of the pandemic has not had any untoward consequences. This was far from obvious just a few months ago when the ¨bond vigilantes¨ woke up to the point of causing one of the fastest interest rate hikes in history. Inflationary drifts were haunting investors, and it was feared that the big money makers would lose control of the situation, to the point of potentially jeopardizing the credit rating and even the solvency of sovereign issuers.

The ¨betrayal¨ of the PMI

Optimism ran high in early 2021. Companies, seeing a very strong rebound in demand on the horizon, naturally extrapolated it. As a result, various surveys, such as the PMI, continued to rise in Q2, even though the real macroeconomic situation, while still good, was showing signs of weakening below the surface. Interestingly, investors are more obsessed with the famous PMIs, which are published faster and more frequently than hard data. For once, surveys lost their predictive signal and have proven behind the curve, hence misleading. 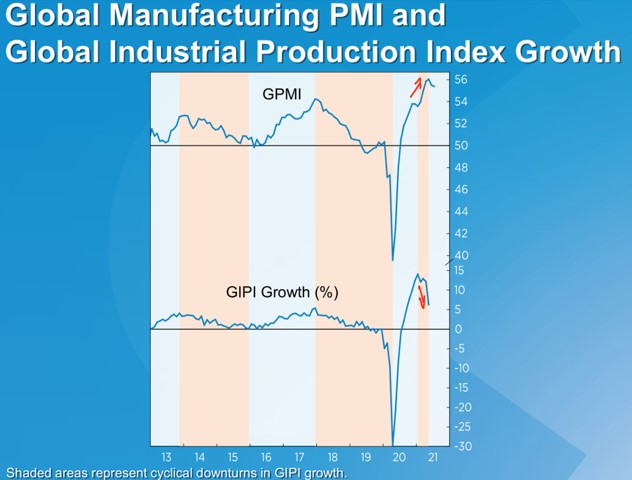 Reckoning happened brutally, featuring the recent collapse of market sentiment and expectations. Nothing could be more logical. The strength of the actual global economic recovery is anything but uniform. The same goes for the rebound in inflation, which is threatening the US above all, and even China to some extent. The marked stiffening of Beijing, which has opted since the beginning of the summer for a much more restrictive policy in many respects, and the return of pandemic fears with the Delta variant have added to the concerns.

Should we really be so worried that we fear a “toxic” stagflation?

The misfortune of some makes – a few – others happy

It will never admit it. But the buoyancy of Treasury bond market gives the Fed more room to maneuver. Inflation expectations, one of its key indicators, have clearly eased. It is inflationary expectations’ skids that would have forced it to change its policy in some way. Unless the government, concerned about its difficult refinancing, takes matters into its own hands to ¨nationalize¨ interest rates in some way (see Weekly published two weeks ago about Financial Repression). 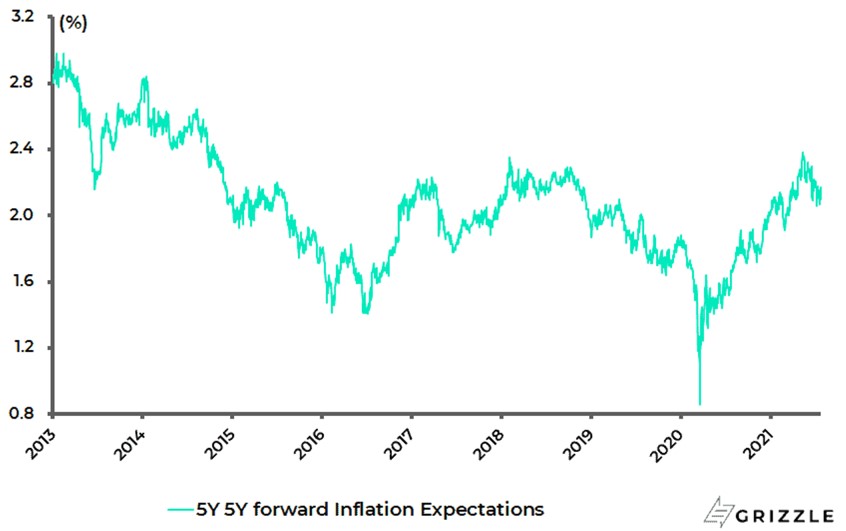 Central bankers are liars by obligation, if not by profession. We are perhaps once again experiencing, live, a new episode. Fed’s asset purchases have accelerated recently, compared to the average pace of $120bn per month. Indeed, despite the implicit taper talks of the Fed’s, the central bank’s balance sheet is up another ~$85 billion USD in a single week! 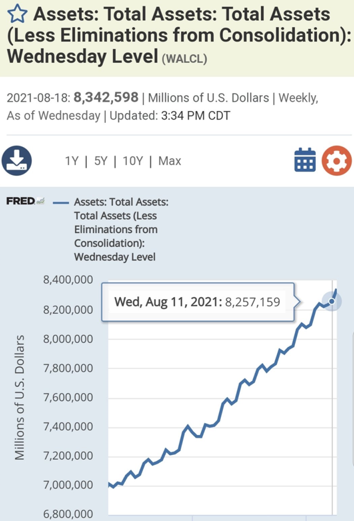