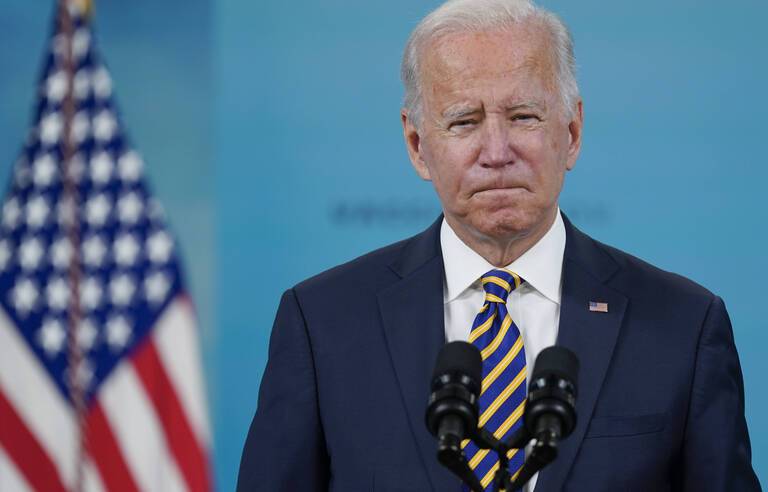 For a long time, it was believed that President Biden would restore some serenity to American society, after the horrific and divisive experience of his predecessor. He had started his mandate well, managing the pandemic with more seriousness. His honeymoon with the Americans had largely exceeded the famous 100 days, since he was still at more than 50% of approval in the opinion polls last August. This performance was even more remarkable given that his vice president, though considered essential to Joe’s team, had been under constant media and political pressure last quarters. And suddenly, Boom! 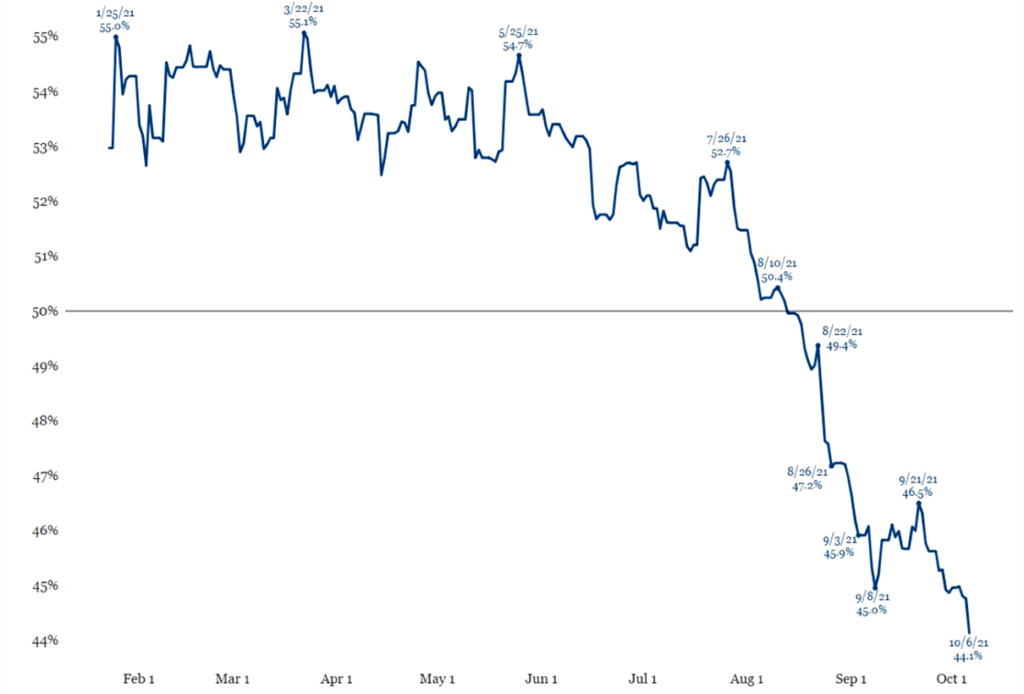 Biden is now at Trump’s level right before election day. Implicitly, this means that such a level couldn’t allow him to be re-elected. Even if they are still far away, this is

also a very bad omen for the mid-term elections, which will take place in about a year. Worse, it is undermining the President’s de facto authority over his Democratic allies in Congress. At the very moment when dissensions, almost ideological, oppose the clans of the moderates to that of the ¨radical¨.

Biden decline has been relentless lately

Has Biden still the political clout to force a political domestic deal?

A broad base ressentiment

According to well-regarded and more granulous Quinnipiac University Polling, the US President gets a negative 38 – 53 percent job approval rating, i.e. his lowest score ever. A Majority of Americans thinks that his Administration is not competent, 55 – 42 percent. 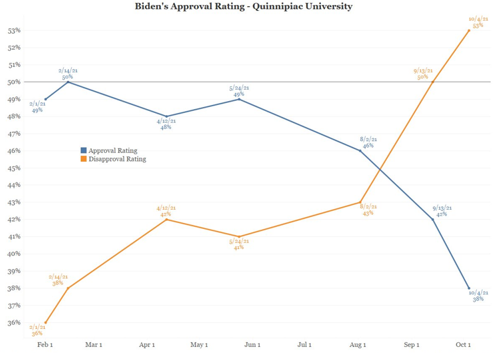 US presidents particularly rely on the economy to glean votes. As the saying goes ¨It’s the economy, stupid¨. Here again, the next few months are going to be complicated. The economy is definitely slowing down, and inflation is seriously starting to worry… 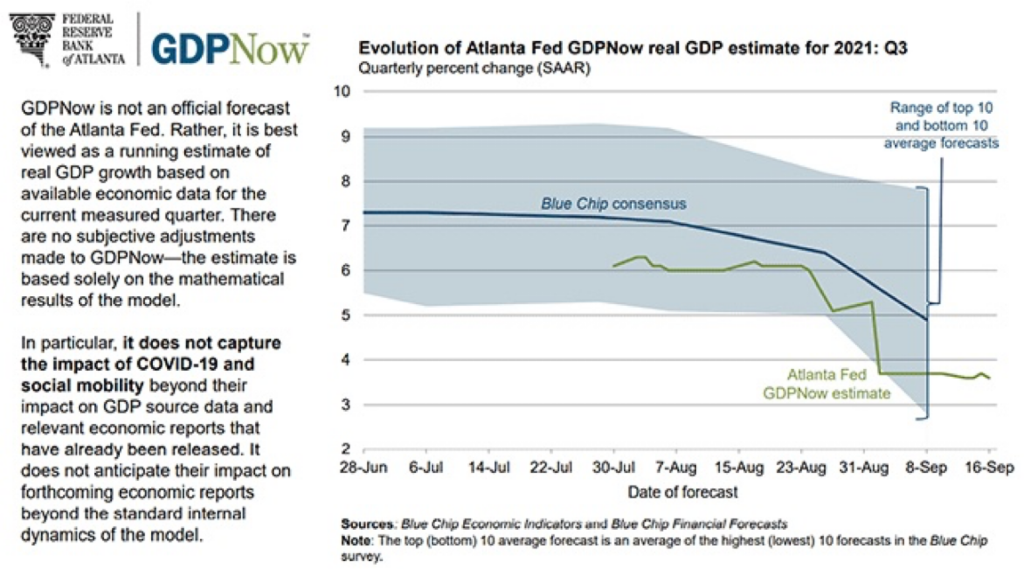 The Fed is also in the spotlight

A misfortune never comes alone. Two non-voting members of the Fed have just resigned in a hurry. They were admittedly a bit caught with their finger in the – markets’ – jam pot. Although they defend themselves, they are accused of having ¨front-run¨ the announcements of the Fed, taking advantage of ¨privileged¨ information to position their own asset portfolios in an optimal way. Worse, the current vice-president of the Fed, R. Clarida is in the same turmoil. The venal temptation would also have carried away this Harvard Professor Emeritus with an ¨angel face¨. Let’s not forget that he was also a global strategic advisor at Pimco for a long time. Dr Jekyll & M. Hyde?

The credibility of the Fed is at risks

At best, Powell is weakened. At worst, it could even cost him re-election