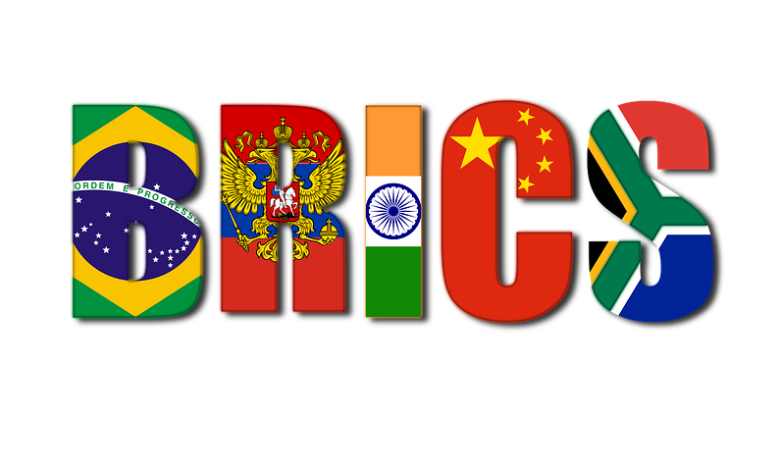 Since the start of the year, Russia and China are challenging the USD global FX reserve status. It is not a surprise that both countries are strengthening their economic ties amidst continued Western sanctions on Russia. What may surprise, however, is that the BRICS countries, i.e. Brazil, Russia, India, China, and South Africa, are officially working on their own new global reserve currency.

This announcement, made by Putin, came after Russia has been cut off from the SWIFT system.  Russia, China, and the other BRICS nations have to develop reliable alternative mechanisms for their international payments to cut reliance on the Western financial system.

To strengthen this alliance, Russia is also taking other measures, including re-routing trade to China and India. As it is, trade between Russia and the BRICS countries has increased by 38% to reach $45bn in Q1 2022. Meanwhile, Russian oil sales to China have hit record numbers, edging out Saudi Arabia as China primary oil supplier. One of the last steps is the announcement by the new head of the space agency that Russia will leave the International Space Station after 2024.

There is a coordinated global challenge against the USD – and it would be the biggest news story in decades. Dedollarization has been a priority for Russia and China since 2014, when they began expanding economic cooperation following Moscow’s estrangement from the West over its annexation of Crimea. Replacing the USD in trade settlements became a necessity to sidestep US sanctions against Russia.

Months before the Ukraine invasion, Russian FX reserves shifted very quickly away from US Treasury holdings at the benefit of gold. Even if the total amount of US government bonds sold by the Russian central bank was small ($100bn), it is a clear undocking indication.

Even before the Ukraine conflict started, China and Russia were stockpiling gold and working on denominating transactions outside of the USD

After strongly rallying in the aftermath of weak economic data, the US bond market experienced a sharp sell-off. This came just when Nancy Pelosi, speaker of the US House of Representatives, visited Taiwan and met the country leaders in defiance of Chinese demands.

China is now conducting military training operations around Taiwan, raising the risk of a geopolitical miscalculation given the heavy military presence in the area. China has also summoned the US ambassador in a clear escalation of tension between the 2 countries.

Part of the recent Treasury move – one of the largest daily spikes – could be attributed to China retaliation measures. The dizzying Treasury yields surge triggered discussions on whether Beijing might weaponize its near $1trn pile of US government bonds. In the event this is the case, the bearishness should be limited. The total US public debt amounts around $30’000bn while the Treasury marketable debt accounts for more than a third. Whatever the ratio is, the Chinese detention rate remains manageable.

Comments from Fed speakers that the central bank job on containing inflation is not done yet could also explain it. Fed officials have strongly pushed back against the dovish monetary policy pivot narrative markets have gravitated towards recently. A significant amount of tightening remains in the pipeline to get inflation under control.  The US yield curve has become more inverted following a hawkish Fed rhetoric and a bumper July jobs report saw short duration bonds sell off more aggressively than longer-duration bonds. Further inversion implies a higher chance of a recession.

Regionalization is intensifying. The US cannot avoid talks with China. The opposite is also true