Put away your make up 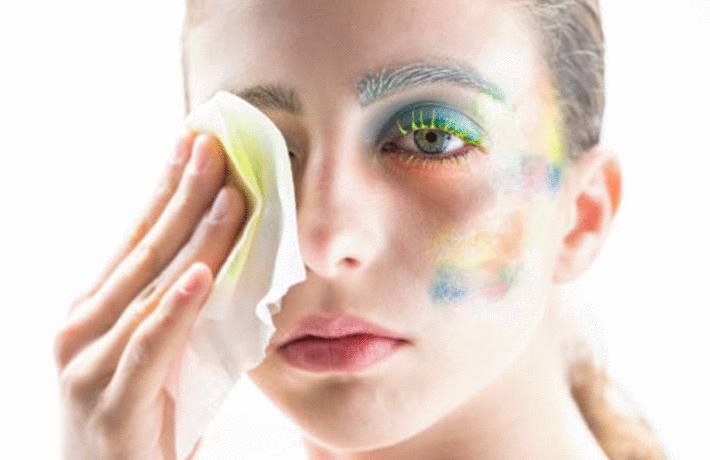 The metamorphosis of inflation

The pandemic has profoundly disrupted economies over the past two years. And it is not over yet, judging by China’s difficulties in extracting itself from its Zero Covid policy, which continues to cause lockdowns and thus interruptions in production lines / freight congestion in Chinese ports. Two exogenous shocks, the disruptions in the production of consumer goods and the surge in raw materials prices – exacerbated by the war in Ukraine – are fueling the rise in business costs.  Don’t mind them, this cost inflation does not fall within the scope of factors that central banks can control. However, it is worrying them, as it encourages wage catch-up. And we know the rejection that the big money makers have against the installation of a price-wage spiral, which was uncontrollable in the past.

Until recently, this inflation mainly located in the goods segment. It will slowly fade away as households start to lose confidence and gradually buy less. They have bought a lot during the pandemic and are ¨saturated¨ now. With the reopening of the economies, they are now directing their spending towards services. Traveling, going to restaurants, leisure, etc. Actually, US services inflation – ex-energy – climbed from 4,2% to 4,7% between February and March.

US service inflation is taking off 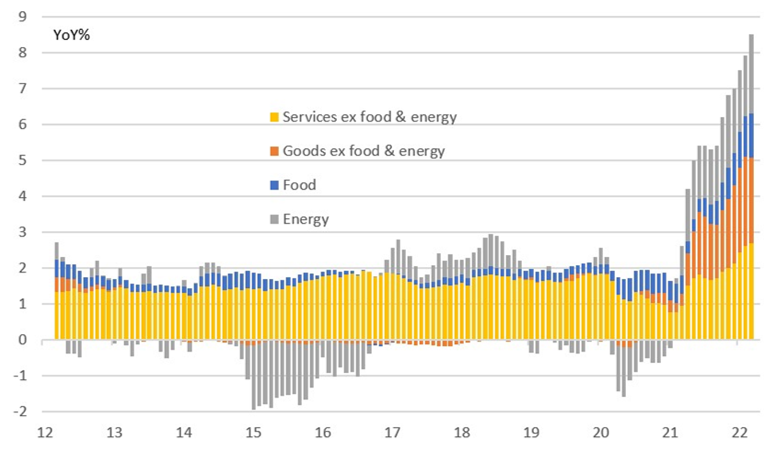 The former represents a larger share of developed countries CPI

A nasty acceleration of Euro-Area inflation

Inflation is embedding through imported Energy and Food prices. The additional problem of the old continent comes from the weakness of the Euro, whose vectors are multiple and complex. In particular, the proximity of Ukraine and therefore the geopolitical risk, the great dependence on Russian energy exports, and the procrastination of the ECB.

European inflation is catching up with the US

A silver lining thanks to vibrant restocking?

Consumers bought goods ¨like madmen¨ during the pandemic, pushing inventories to a very low level compared to long-term trend. Despite lockdowns and contrary to a broad economists’ consensus, it didn’t take long for stocks to reconstitute in its aftermath. With the dual impact last months of consumers’ shift towards services and deterioration of buying power (courtesy of rapid inflation), inventories have been spiking lately. 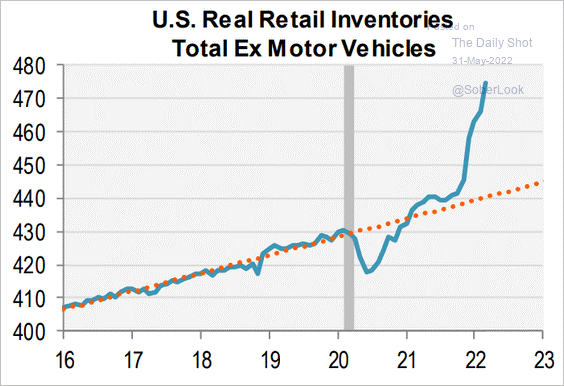 The impact of much higher inventories has already emerged with deceiving data from US retailers in Q1. It clearly puts into question their capacity to defend future margins. While not really expected, the summer sales period could be very interesting/fruitful for consumers.

Deceleration in goods’ inflation will intensify

Because of distorting base effects, one should no longer consider inflation yoy figures, but focus on mom ones