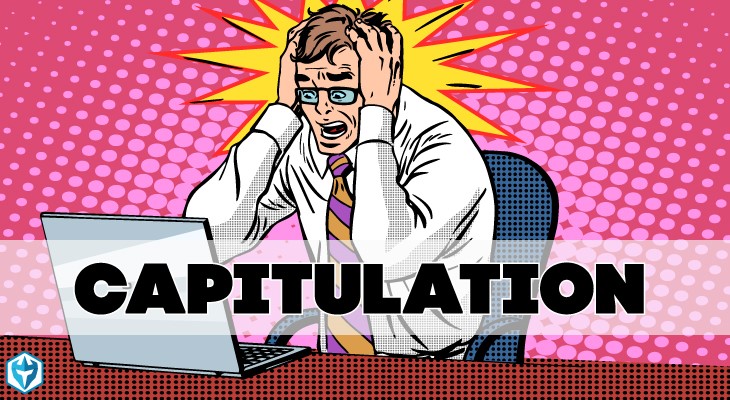 Last week proved awful for financial markets to an extent that what not seen since the Great Financial Crisis of 2008/2009. All asset classes fell heavily, in relentless waves, except for most of sovereign bonds and, to a lesser extend, of gold. As usual in the context of severe markets’ dislocations, cross-asset correlations and volume of transactions spiked. This is a harbinger of panic-selling, by both long only and more speculative (say sophisticated institutions like leveraged players and hedge funds). Did we reach a phase of catharsis?

Obviously, the global spreading of the Covid-19 virus and the risks of an uncontainable collateral sanitary crisis have been at the epicenter of global fear. It has become now obvious that the nascent economic recovery of Q1 will – at best – give way to a S1 cyclical downturn. But, unfortunately, key policymakers are adding fuel to the fire.

The Great ¨unknown¨ of forced sales

Markets experienced huge transaction volumes in the past two weeks. This is usually a symptom of exhaustion / capitulation. Still, the markets’ paradigm has changed. Indeed, the prominence of passive investment vehicles and of algorithmic trading are rendering more difficult the interpretation of these large volumes.

Lately, the 10-year Treasury yields resurged widely to 0,9%, from an all time low of 0,3% a couple of days ago. This rebound suggests that someone must be heavily selling Treasuries. This could be corroborated by the very recent fall of other safe haven assets like Gold, the CHF and JPY etc.  Actually, sales of haven-assets can result of some big players being in trouble. Among the unusual suspects, one should now include the oil countries sovereign wealth funds. For instance, Saudi Arabia’s reserves are dependent on gyrations of the price of oil: Riyadh reserves decline when the oil price goes down… So one can assume it may have started to sell some of its reserves / Treasuries because of current oil market setbacks.

Capitulation? Not quite yet

According to the developments of financial markets, an economic recovery is no longer expected (A). Most assets rather discount a significant deterioration of growth i.e. a ¨thick U¨ shape, if not a quick recession (B, C). But an additional widening of credit spreads, if not a closure of large funds / ETF may still lie ahead (D)…

Signals given by different asset classes