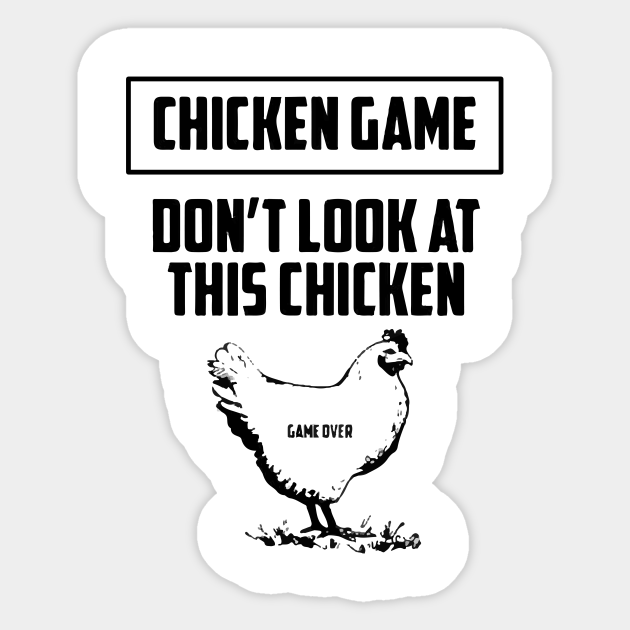 In the game theory, the Chicken game is the modelling of conflict between two / several players. The basic principle is simple: while each player prefers not to yield to the opponent, the outcome where neither player yields is the worst possible one for both / all players.

The aftermath of the Great Financial Crisis (GFC)

After 2009, under the leadership of the Fed, all Western countries’ central banks sequentially and gradually initiated some form of financial repression. The most renowned tool of monetary policy featuring this approach has undeniably been QE, i.e. quantitative easing. Under this process, a central bank inflates its balance sheet by purchasing – essentially from banks – financial assets, namely (but not only when it comes to the BoJ, ECB and SNB) sovereign bonds.

In ¨normal¨ economic periods, i.e. pre-GFC, the Fed’s balance sheet was growing at a pace comparable to nominal economic growth say 5-6%. But then, from 2009, QE operations pushed this rate of expansion to a range of 20+%. In the latest phase, from 2020, it further accelerated in the context of the pandemic.

The relentless acceleration of the Fed Balance Sheet expansion 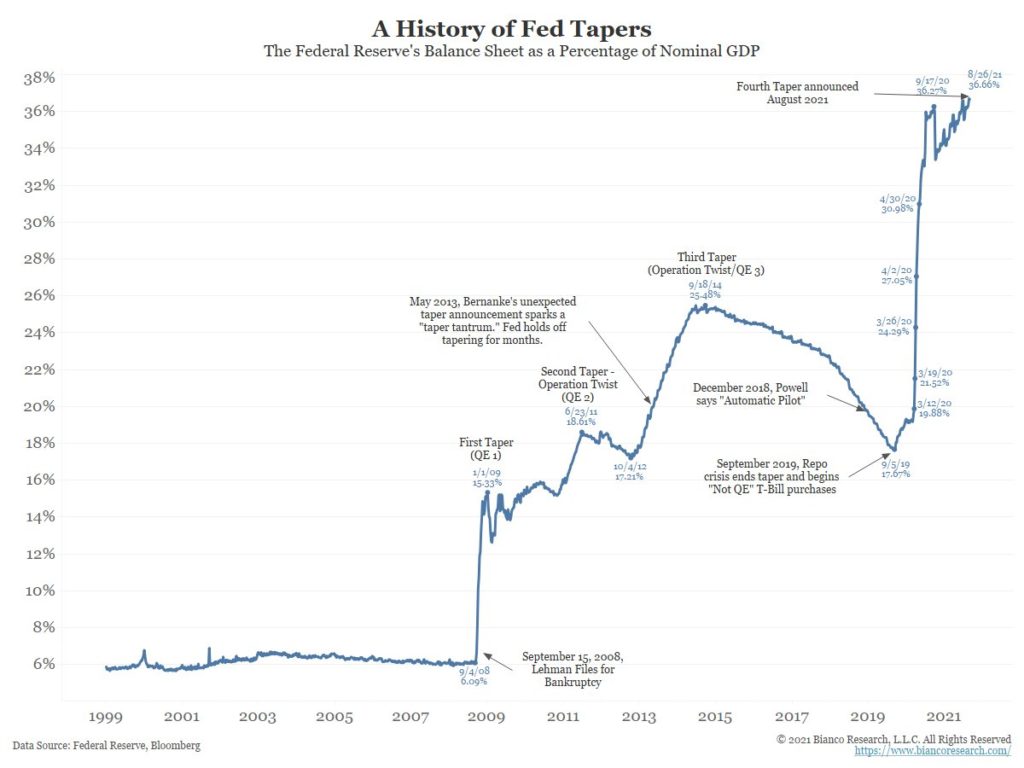 Over the last 12 years, the Fed attempted on several occasions to phase out of QE, with the ultimate goal of exiting unconventional monetary policy. But a confluence of factors prevented the normalization of policy. Among the different reasons one notes: dangerous ripple effects in emerging countries, undesirable upward tensions on the long-term interest rates. Other reasons are more ¨relative¨. The BoJ, the ECB and other large central banks also implemented unconventional monetary policies which, at least partly, annihilated the objectives / benefits of the US QE (i.e. weakening the USD). And, more recently, another factor added to the difficulty of normalizing. Indeed, the addiction of markets to ample liquidity, the tentative vulnerability of ¨overextended¨ real estate prices and of public finances added to the quandary.

On analysis, the Treasury’s refinancing needs in 2022 will be much lower than in 2021, for various practical reasons. De facto, the Fed will be able to afford, to a significant extent, to reduce the volume of its future purchases of Treasuries… While continuing to purchase – to monetize – all new Treasury issues. So, the reduction of its purchases would neither correspond to a tightening of its policy, nor to a normalization!

It’s all about the art of communication. It’s magic!

How does the Hawk-Dove game apply to current times?

Based on classical economic theory, monetary policy should not recourse to quantitative easing, at least not for more than a brief/emergency period… In doing the opposite, both the Fed and the ECB circumvented not only their mission but also their actual basic rule of operating. We have been clearly living in a legal grey zone for years now, hence the desperate revolt of the German Constitutional Court to stop this ¨Experimentation¨. Consequently, Western Central Banks are ultimately willing to normalize their policies (the sooner the better).

In practice, they are procrastinating. They do not want to be the first to blink. Because the precedents have proved tricky, when it comes to markets’ reactions. Because it is a losing proposition in our interconnected world: normalizing first would raise the odds of strengthening their currency and upsetting bond markets. The huge debt pile and the quasi-distressed stance of public finances (with stellar budget deficits) would not allow for it. Last but not least, it would threaten the independence of central banks.