Fixed income. Emerging debt washout is not over 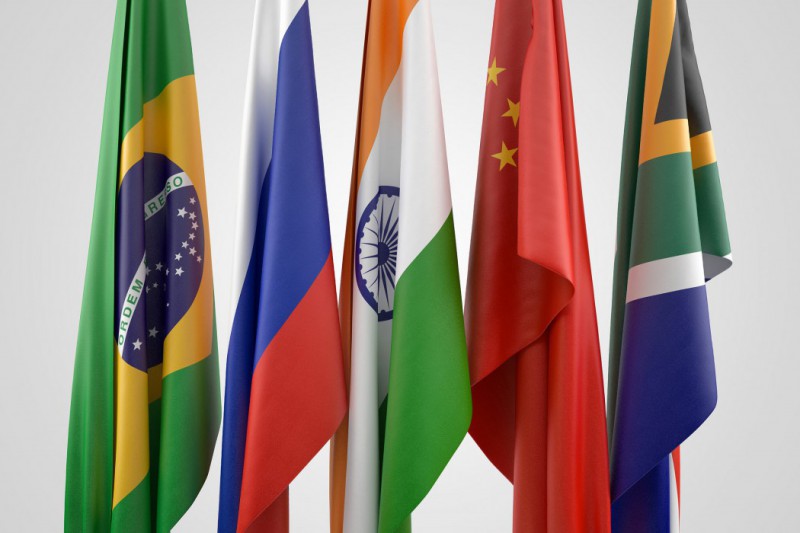 In several emerging markets short-end yields are trading at their 20-year highs and significantly higher than in developed countries. Looking back 20 years ago, EM markets failed to demonstrate their inflation-fighting credentials. Several EM central banks have significantly tightened earlier their policy rates and substantially more than in the developed world. But EM policymakers have lost control over the inflation narrative too. Inflation is now higher than central banks’ explicit target ranges in 15 of 18 economies. 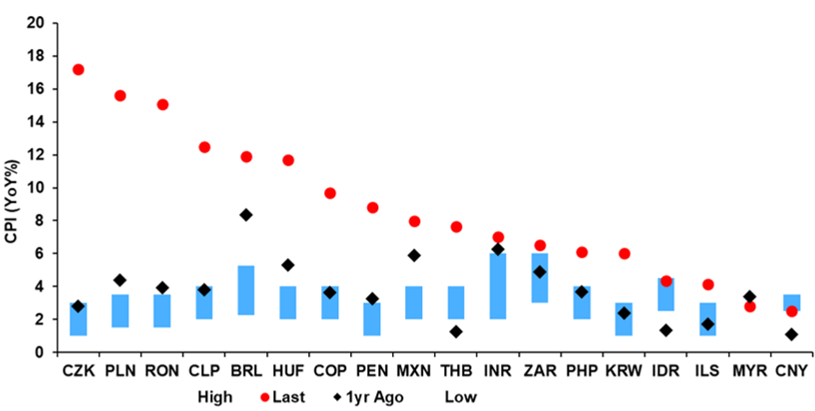 Over the last few months, emerging markets were under extreme pressure. Not only domestic inflation but also a more hawkish Fed combined with deteriorating global growth prospects have been the root causes of the widespread sell-off. Emerging asset risk premiums have widened, the number of distress (spreads over 10%) emerging sovereign issuers has more than doubled in the past 6 months to reach a record high. This represents $235bn of bonds or 17% of the EM hard currency sovereign debt market. More than 5 years of performance has been wiped out following this year unprecedented 18% plunge in EM debt. 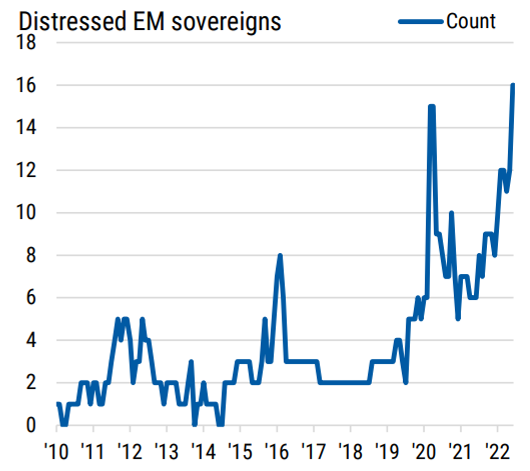 The IMF role is set to remain in focus not as a forecaster but more given mounting concerns over widespread EM sovereign debt vulnerabilities. EM governments face difficult trade-offs when seeking emergency funding in the current inflationary environment. IMF-mandated reforms often include government spending cuts or tax hikes, tighter monetary policy, and subsidies reductions. Countries with stronger track records of IMF cooperation and reform, as well as less political instability should be better placed to maintain financial support.

This year Sri Lanka was the first nation to stop paying its foreign bondholders. Russia followed in June. Now, focus turns to El Salvador, Ghana, Egypt, Tunisia, Pakistan Argentina, and Ukraine. Many countries have effectively lost capital market access. Investors have pulled out $50bn this year from EM bond markets. Some smaller issuers are at risk like Ghana (with a 5-year spread at 2100bps), Argentina (2000), Egypt (1300), Ecuador (1000), Nigeria (975) or Angola (950) but not exclusively so. However, investors do not believe in a spillover to the big systemic emerging players like Brazil (300), South Africa (330), or Mexico (165) which have fairly robust external balance sheets and stockpiles of currency reserves. These debts are trading at logical levels given the degree of uncertainty in the economy.

The only big exception is Turkey. Like most commodity importer countries, it has been downgraded to B by Fitch recently and is facing negative outlooks at all 3 major rating agencies on the back of external pressures and unpredictable policymaking. However, given its NATO membership and involvement in the grain agreement signed between Russia and Ukraine, it could get some international financial supports to avoid a default or to manage it.